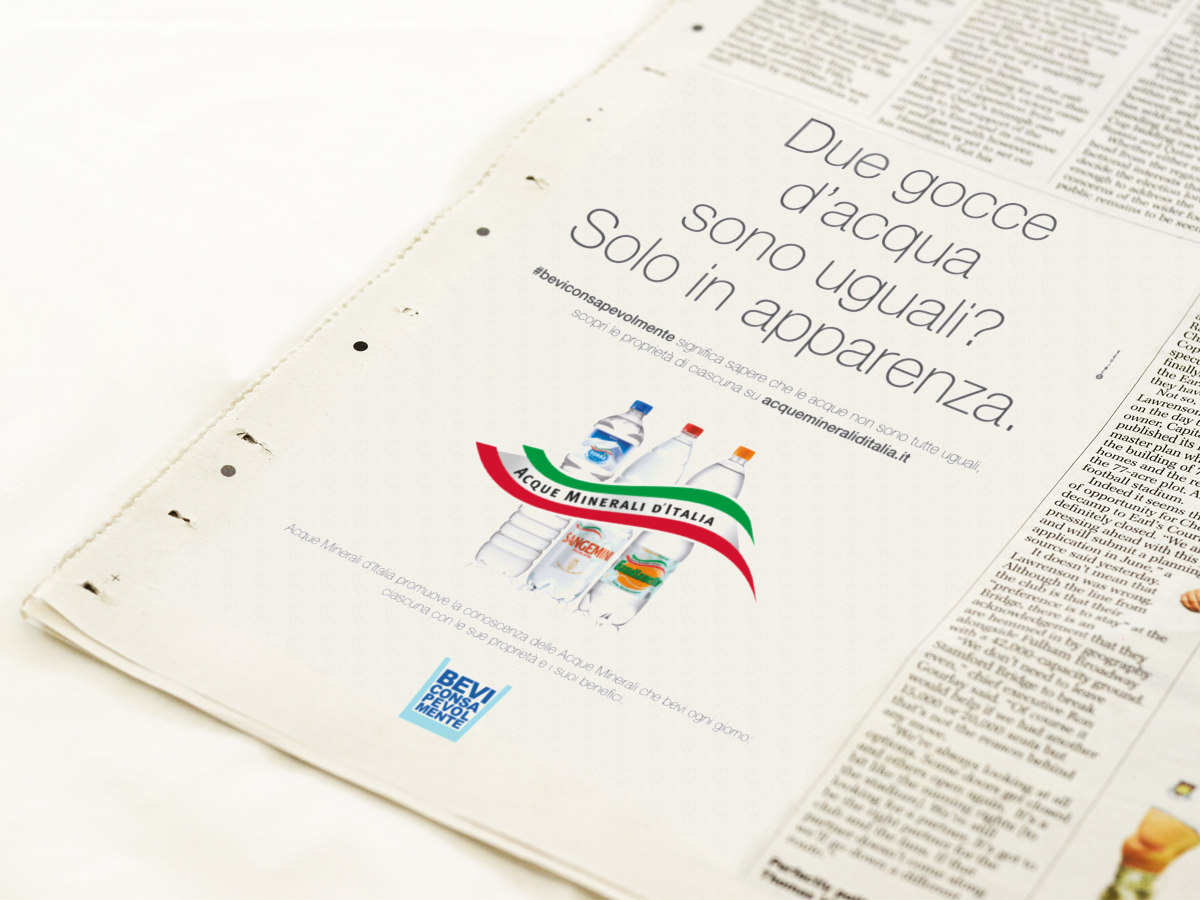 #BeviConsapevolmente, "drink consciously" is the concept that was used to drive the whole campaign for Acque Minerali d'Italia. The website that was produced helps the consumers to understand the difference between the different mineral waters and which one to chose. The campaign was promoted with traditional advertising, and social media. At Meloria I edited a series of videos combining by stock footage to promote the message of the campaign. Later on I edited a "case history" video to describe the whole integrated operation and to partecipate to the ADCI Digital Award, which won the 2nd place.